Anjumane Al Islah UK > About Us 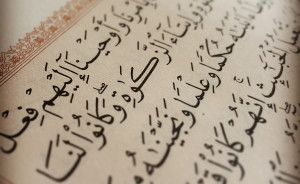 Allah the Lord of the World declares in the Noble Quran that He created mankind and Jinn only for His worship. Amongst them, He gave superiority to mankind over the Jinn. The Glorious Quran is the initial and the most important source of guidance for all of people, thereafter it is the Hadeeth of Rasulullah (SAW). As such, it is imperative that a Muslim is conscious that all his actions must fall within the boundaries derived from these great sources of hidaya. It is an essential part of a Muslim’s belief that Allah Ta’-ala will resurrect him and judge him in the Akhira (the life hereafter) for his actions, therefore it is essential for the Believer to refrain from sins in this life to please Allah the Exalted, and for fear of His punishment.

Throughout time, Allah Ta’-ala has sent His chosen prophets to call mankind towards His worship. The final prophet was our Beloved Prophet Muhammad (SAW), The Mercy for the Universe. After this noblest of personalities, the door of Prophet hood was closed and the mighty task of carrying forward the call to Islam was inherited by the honourable Sahaba and Tabi-un, and the learned people from amongst the Community – its Ulamas. By the grace of Allah the Almighty, they succeeded in spreading the Light of Islam throughout the world.

As such, an inheritor of the Prophets (AS), our spiritual master, the world renowned Islamic philosopher and sage, Mursheed-E-Kamil Allamah Muhammad Abdul Latif Chowdhury Saheb Qiblah Fultali (RA) (1913-2008), also endeavored to continue this moral mission as the Awliya-e-Kiram of the past had done before him. Towards this end, Saheb Qibla (RA) founded Anjumane Al-Islah, a non-political charity organisation, to establish the Islamic ideal of ‘enjoin the good and forbid the evil’ and to better the social standards of Muslims within an Islamic framework, in Bangladesh. Soon after, as a result of its success and due to increasing need, Saheb Qibla (RA) deemed it necessary to establish chapters of Anjumane Al-Islah in various countries throughout the world, including India, in the Middle East, U.S.A. and UK.

Anjumane Al Islah UK was established in 1978 when Saheb Qibla (RA) made his first visit to this land. He felt the need to establish such organization to unite those individuals from Bangladesh, who have left their native land and that they would eventually establish life here in UK, hence the reason for these individuals to be guided in accordance with Islamic Shariah and jurisprudence.

Anjumane Al Islah UK, since its birth has provided a platform for this community throughout UK for them to share an ideology to strengthen their Aqida. This has happened through the means of effortless activities by Saheb Qiblah (RA)’s visits to this country and the organizational activities.

Hadrath Saheb Qiblah’s mission will be carried by all the activists in UK, who hold various key positions within the Central Council, number of Divisions and branches throughout UK.